Skip to content Skip to search
You are using an unsupported version of Internet Explorer.
Parts of our website may display incorrectly or not work at all. Please consider downloading an up to date browser such as Chrome or Firefox.
Wealden District Council > Tourism and Wellbeing > Tourism > Walshes Park > Walshes Park Riverbank
Listen 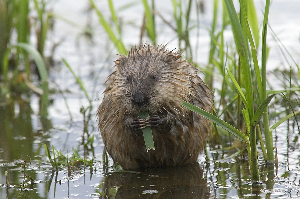 Over recent years the river banks here in Walshes Park have become dominated by dense holly. Unfortunately, the dense, evergreen nature of the holly casts shade over the stream bank environment. The dense shade prevents other native species from establishing and causes a reduction in species diversity. In an effort to rectify this, a holly removal programme has been established which aims to selectively thin out some of the established holly to allow light to access the stream and stream banks to encourage new plants to grow, in turn increasing wildlife.

This riverbank environment is plagued by Himalayan Balsam, an invasive species in the UK, which grows to well above head height and spreads rapidly, smothering the native vegetation as it grows.

A program to rid the riverbank of this invasive species is underway. The aim, to restore the natural habitat native ecology to this beautiful spot, while preventing further spread of this weed as the seeds get carried down stream.

Clearing this weed takes a lot of man power as each stem has to be pulled by hand every year before the plant flowers in early summer in order to prevent further seed dispersal (A Himalayan balsam stand can produce up to 800 seeds!).

Riverbanks in the southeast of England can support a vast array of ecology including:

Water voles, like that of ‘Ratty’ in Wind in the Willows, is the largest of the British voles, weighing up to 350g and being 14-22cm long (not including the tail) which are the fastest declining native British mammal, with numbers continuing to decline for over a century; mainly due to the loss of habitat (making the restoration of this river all the more important!). Water voles prefer slow flowing rivers with steep earth banks and luxuriant emergent vegetation. In many areas of Britain water voles are already extinct, however there are still some strong populations in Sussex; in fact a water vole was sighted less than 1km from this river meaning that they are likely to be using this very site!

Things to look out for:

Water Vole – In areas of fen and rush you may be able to spot a water voles, woven nest, about the size of a football and nestled amongst tussocks of grass. A series of holes along the water’s edge in the river bank; burrows are typically wider than they are high with a diameter of 4-8cm. Neat piles of chewed grass, reeds, sedges and rushes which have been left after feeding.

Foraging and commuting bats – Bat populations have suffered huge declines in the last century, with a decline of around 70% between 1978 and 1993; this is partially due to a loss of suitable feeding and flightline habitat; like this river, and a reduction in insect numbers. For this reason all species of bats and their roosts are protected by law. Bats will use their sophisticated form of sonar to navigate the waterway and to catch their prey at night.

There are 18 species of bat, which are resident in the UK (17 of which are known to be breeding here), all of which have been recorded in Sussex: Have you seen any? Grass snakes, are widespread in Sussex but, like most reptiles and amphibians, have declined considerably and are legally protected from harm under the Wildlife and Countryside Act 1981 (as amended).

Grass snakes – frequent riverbeds where frogs are readily available to be preyed upon. Grass snakes can be identified for their olive covered body flecked with black and a distinctive yellow collar.